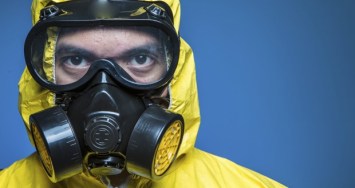 “How do you think the Ebola virus come about?”

This is a poll question recently asked for a news website. Whilst there is unfortunately no indication on the number of respondents, most appear to endorse a conspiracy explanation, with the official explanation currently trailing 9% behind.

Conspiracy theories highlight inconsistencies or ambiguities in official accounts.  They can be seen to accompany many significant political and social events, such as the death of Diana, Princes of Wales, the U.S. government involvement in 9/11 and the assassination of U.S. President John F. Kennedy.  The Ebola crisis can therefore be also added to the list.

Conspiracy theories allow people to address feelings of powerlessness and lack of control, avoid feelings of uncertainty and allow people to make sense of events. They also however, undermine confidence on important topics such as the workings of science.  This can have potentially detrimental consequences, where belief in conspiracy theories has been associated with lack of condom use and being less likely to seek treatment for HIV.  Exposure to conspiracy theories has also been found to reduce people’s intention to engage in the political system, take action against climate change and vaccinate a fictional child.

Similarly therefore with belief in conspiracy theories concerning the Ebola crisis, this could lead to people not taking the appropriate protection or seeking the recommended treatment.  For example, people who endorse such a viewpoint may avoid health workers who are trying to offer advice and support.  This may only lead to an increase in the spread of the virus.

Ebola is in danger of becoming a worldwide crisis, with the potential to reach 1.4 million cases by January, at what point should the conspiracy theories be challenged?

This entry was posted in What's the harm and tagged anti-science, anti-vax, beliefs, ebola virus. Bookmark the permalink.