As blogged about previously, conspiracy theories are influential and exposure to such theories can influence both beliefs and behavioural intentions in a variety of domains. However, a recent news story caught my attention, as it clearly demonstrated a sense of detachment with legal requirements due to a conspiracy belief.

This news story related to a man who refused to pay his TV licence because he believed the BBC covered up facts about the 9/11 terrorist attacks. He commented that he did not want to give money to an organisation ‘funding practice of terrorism’.  This is particularly interesting, as it shows how such a belief can prevent a legal requirement being followed. Rather, a further development to the story relates to him admitting owning a TV and watching it without a licence, as he wanted to keep an eye on what the BBC was showing. 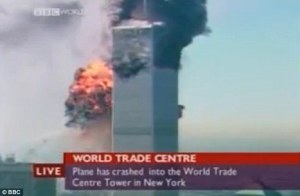 There can be a variety of reasons for the development of this conspiracy belief, and these have been discussed previously on this blog relating to other types of conspiracy theories (e.g., the monological belief system). However, I wanted to highlight this real world example, as previous empirical research has suggested that conspiracy theory beliefs can affect the societal engagement in several domains. For example, focus groups have shown that parents are reluctant to immunize their children due to endorsing conspiracy theories. This indicates the detrimental effects that may be elicited by endorsing conspiracy beliefs, which has already been discussed in several previous blog posts (e.g., concerning HIV/AIDs conspiracies), and now shown here in this intriguing example.

There are a variety of ways a conspiracy belief can influence a person’s thoughts, beliefs and behaviours.  This example clearly demonstrates one way this can, arguably, negatively influence a person’s societal engagement. Whilst there is still room for empirical research to be carried out to further explore the consequences of conspiracy endorsement, real world examples like these suggest a compelling tale.

This entry was posted in 9/11, Social psychology, What's the harm and tagged consequences, disengagement, TV licences. Bookmark the permalink.

6 Responses to Conspiracy beliefs and TV licences: ‘Turning off’ engagement