A day with David Icke: Remember Who You Are, Wembley Arena October 27, 2012 review 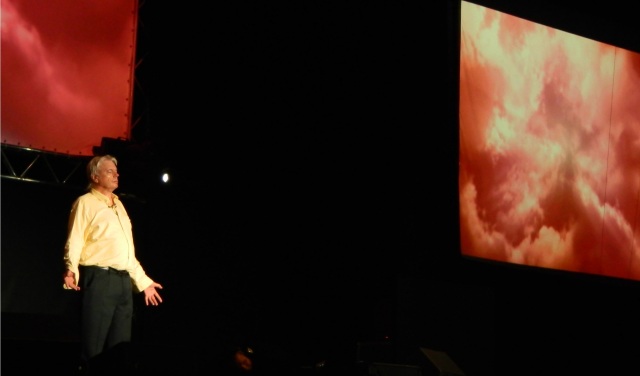 A few Saturdays ago Mike, myself, and around 5,000 other ticket-holders had the opportunity to attend David Icke’s biggest event to date: a sold out 10-hour lecture at London’s Wembley Arena titled ‘Remember Who You Are’. David Icke, for those not familiar with him, was a well-known British sports presenter, until in 1991 he declared himself the “son of the Godhead” and started making predictions about the end of the world. Since then he has pursued a career as a writer and public speaker, detailing his beliefs about an insidious conspiracy perpetrated by sinister reptilian humanoids. I confess I haven’t gotten around to reading Icke’s extensive back-catalogue so I was excited to hear his theories straight from the horse’s mouth.

Over the course of the day, Icke led us on a whirlwind tour of his grand conspiracy theory. Many of his claims are familiar conspiracist tropes: 9/11 was an inside job; Lee Harvey Oswald was a patsy; Western medicine, food additives, and water fluoridation are methods of population control; politicians, the media, and scientists are all lying to us. Most conspiracy theorists are content to stop there, but according to Icke this is just ‘the outer-rim of the rabbit-hole’. His unique selling-point is to connect all of these dots (and many, many more besides) together into a single over-arching meta-conspiracy theory based on postmodern ideas about reality being an illusion. Apparently the reality we perceive is a hologram, and evil beings are manipulating the hologram to suit their sadistic agenda. In many ways Icke has created the ultimate conspiracy theory. If you buy into the premise that the conspirators control our very perception of reality, it quickly becomes an inescapable intellectual black-hole. Every conceivable observation can be incorporated into the conspiracy theory, and the whole thing becomes entirely unfalsifiable.

When he does deal with verifiable facts, Icke unsurprisingly rejects the mainstream scientific consensus. His qualms with science seem not so much based on his analysis of any empirical evidence, but rather on his overriding assumption that scientists and academics as a whole are engaged in a disinformation campaign to ‘hypnotise’ the public. Yet, Icke does cite scientists when it’s convenient; that is, when he sees scientific findings as supporting his theories (such as the recent, widely-reported suggestion that the universe may be a simulation). Unfortunately, he neglects to explain why exactly these particular scientists are to be trusted or were allowed to publish their findings. Meanwhile, over the course of the lecture Icke enthusiastically endorses as fact popular unscientific notions including homeopathy, astrology, reflexology, numerology, spirit photography, the left-brain-right-brain myth, near-death-experiences, free-energy machines, and the lost city of Atlantis. 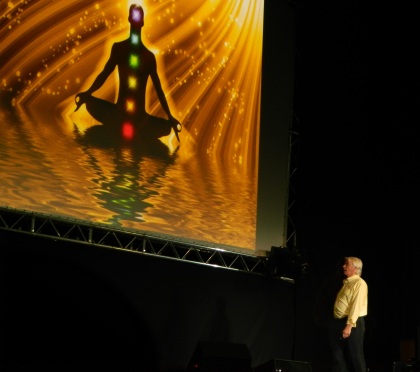 What I found the most surprising was just how little charisma Icke exudes. I had assumed that the event would be slickly produced, well-rehearsed, captivating, and that Icke himself would radiate stage-presence and panache; I was ready for a show. How else could he have gained the reputation and following he has – enough to be able to sell out Wembley Arena? But I saw none of these qualities. Instead, the 10-hour lecture consisted of Icke pacing idly around the stage, improvising a narrative around PowerPoint slides of cobbled-together images and text. He frequently stumbled over words, acted out mocking interactions with Richard ‘Dogma’ Dawkins (replete with funny voices), cracked weak jokes, and flippantly belittled figures such as Albert Einstein by calling them ‘darling’. As evidence for his claims, Icke often referred to popular works of fiction, including The Matrix, Avatar, and George Orwell’s 1984. The talk was occasionally rambling and incoherent, and at times every other word Icke said was ‘bloody’ – bloody media, bloody scientists, bloody politicians, etc. At these points it came across more like the ranting of a drunken Uncle than a presentation by a career orator in a sold out arena.

But I have to admit that throughout the day the audience responded enthusiastically to a lot of what Icke was saying. Especially towards the end of the day, when he was talking about what we can do about the conspiracy, Icke’s passion was obvious and the audience responded with frequent thunderous applause. And this, I think, points towards where Icke’s appeal really lies. It’s not in the coherence of his theories or the professionalism with which he presents them, both of which are sorely lacking. Rather, it’s in the strange sense of assurance he offers: our world may be dominated by conspiracy, but we can take control of the situation. Icke began the day by stating ‘the world is mad, not you’. Throughout the talk he ostensibly divulged privileged knowledge to his audience – what they don’t want you to know. He concluded by offering what sound like empowering ideas: we are all infinite potential; we can fight our oppressors with love; the beginning is here. These platitudes offer little practical utility, but for those who feel alienated and disenfranchised, the sentiment must be appealing.

I think David sincerely believes what he says. I’m not sure exactly how much of it his fans buy in to, but as long as he appeals to people’s longing for a sense of understanding, control, and purpose, I’m sure Icke will continue to find a receptive audience. 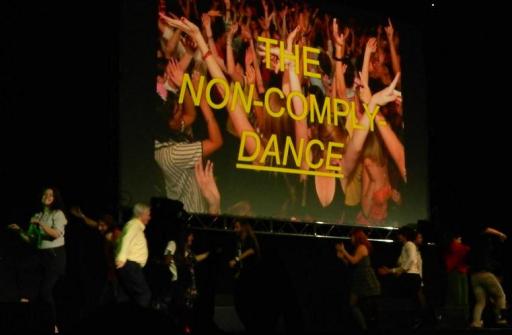 13 Responses to A day with David Icke: Remember Who You Are, Wembley Arena October 27, 2012 review